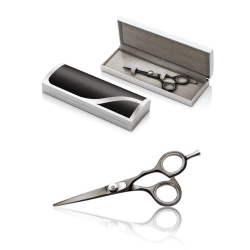 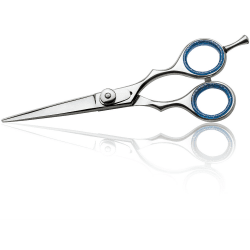 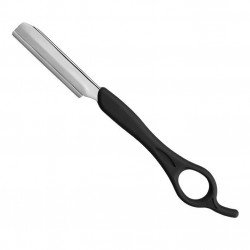 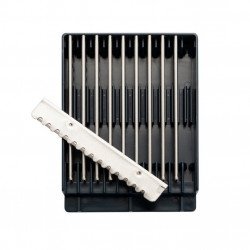 Scissors and razors are elements that the hairdresser cannot do without. First of all very used to cut hair or to wax, they also allow to make cuts and hairstyles. It is one of the objects of first use of the hairdresser.

There is a whole range of scissors each with a well-defined role.

Straight hairstyle scissors: they are widely used by professionals and allow to make straight cuts.

Off-center hairdressing scissors: they too are widely used. Its ergonomics facilitate its use. The only difference is the haircut which will be done rather obliquely.

Sculptor hairdressing scissors: for amateur hairdressers, they play a key role and are used at the end of the cut to sublimate the hairstyle.

Micro toothed hairdressing scissors: they are used in the realization of very precise hairstyles.

Today's varieties of razors give users a wide choice The cabbage cutting razor: for fans of traditional shaving, it is the razor for it. Extremely precise, it nevertheless requires a lot of practice in order to sharpen it and use it properly. It is a very profitable investment, as it can last a lifetime.

The Quid de la Shavette: it is an interchangeable razor that takes the shape of a cabbage cutter after use. Its advantage lies in the price which unlike the cabbage cutter is 10 times cheaper.

The safety razor: this is the first electric shaver to have arrived on the market.